The Demarcation of Western Esotericism in Theory and Practice 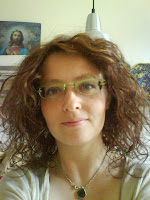 When Western esotericism was established as an independent field of research it was necessarily much more clearly demarcated than is the case today. As a new field, it had to be positioned clearly in relation to other academic categories, so as to place the academic study of esotericism on solid foundations.

It is evident when looking at the wide range of topics and approaches presented at the Tübingen conference that the classic definition of Western esotericism as suggested by Antoine Faivre is challenged by the actual research presently carried out in the field. Borders were crossed in time, in space, in approaches and concepts and thus in the subjects studied and presented at the conference under the term Western esotericism. These included such diverse themes as Sufism, ancient platonisms, ancient Jewish magic, Chechen traditionalism, kabbalah in various guises, neo-paganism and contemporary magical orders. Of course, more traditional topics of Western esotericism were also covered, including theosophy, Christian kabbalah, rosicrucianism and alchemy.

That the “fringe” topics were central is by no means a surprise considering the age of Western esotericism as a more or less accepted academic field of study. Now that the field has been quite solidly consolidated in academia, we, as the students and scholars of Western esotericism, have an opportunity to turn our focus inwards and look at the state of the field itself. As is also happening all the time with the broader concept of religion, the limits of the concept of Western esotericism are being explored and challenged. And it is not only the term “esotericism” which is being evaluated, stretched, deconstructed and reassembled. Just as important is the question of what the ambiguous concept of “Western” denotes. Is it a cultural category, a geographical? And what does it imply?

To me at least, it is obvious that we cannot uphold the earlier christocentric demarcation of Western esotericism. Definitional problems are an essential part of the evolution of an academic field, without which a field would stagnate. Paradigms are there to be challenged in order to fruitfully develop and continually revisit the academic pursuit.

Viewed this way, the broadness of topics at Tübingen is indeed promising. It reflects the enthusiasm and curiosity which is necessary for a field to flourish. It is important, however, that we do not only challenge and explore the boundaries of our field in empirical research. We have to explicitly reconsider the premises for maintaining Western esotericism as a field in its own right. Whether one perceives Western esotericism as a historical or a typological category, the theoretical foundations should be considered and explicitly elaborated.

Retrospectively, it is difficult to see any obvious unifying factor for all the different papers presented at the conference. Then again, I am in no doubt that it all belongs to the field of Western esotericism. I wonder whether we are able to actually find a unifying definition, or whether the case is similar to that of the problem of defining religion--that either the definition is so broad that too much is included, or so narrow that borderline topics get excluded.

Nonetheless, the discussion itself is far more important than the eventual conclusions. Maybe it is possible to find some common denominator by considering the central topic of the conference: tradition and transmission. Can we trace a certain way of constructing tradition and transmitting knowledge which is different from religious movements in general? Revelation is too general a way of claiming religious authority to be of special significance for esotericism; initiation too. However, it seems there is a certain discourse involved in the transmission of knowledge--a dialectic of secrecy and revelation, and a claim to supremacy with regard to the knowledge transmitted. Though not necessarily elitist in the exact sense of the word, there is an air of elitism surrounding esoteric knowledge, making the possessor of knowledge feel privileged to have obtained that knowledge.

The special mode of transmission and the proclaimed secrecy and supremacy of esoteric knowledge is by no means enough for a proper definition of Western esotericism. For instance, it does not even address the problem of defining "Western." However, it might prove useful in the process. Furthermore, it is important that the concept of esotericism becomes more precise in the general study of religion, as in many instances it is used as a mere synonym for secrecy.

It is my hope that there will be many more discussions of this important issue and that our work contributes to the clarification of esotericism in general, and of Western esotericism in particular.

Posted by Mark Sedgwick at 3:12 PM